Sam Gwynne was a distinguished guest speaker at the Rio Roca Chapel to talk about his latest book, Empire of the Summer Moon. This writing has earned Sam the honor of being one of this year’s 2011 Pulitzer Prize finalists Click here to learn more.

Empire of the Summer Moon spans two astonishing stories. The first traces the rise and fall of the Comanches, the most powerful Indian tribe in American history. The second entails one of the most remarkable narratives ever to come out of the Old West: the epic saga of the pioneer woman, Cynthia Ann Parker, and her mixed-blood son, Quanah, who became the last and greatest chief of the Comanches.

Against this backdrop, Gwynne presents the compelling drama of Cynthia Ann Parker, a lovely nine-year-old girl with cornflower-blue eyes who was kidnapped by Comanches from the far Texas frontier in 1836. She grew to love her captors and became infamous as the “White Squaw” who refused to return until her tragic capture by Texas Rangers in 1860. More famous still was her son Quanah, a warrior who was never defeated and whose guerrilla wars in the Texas Panhandle made him a legend.

For more information about Sam Gwynne, please visit his website at www.scgwynne.com. 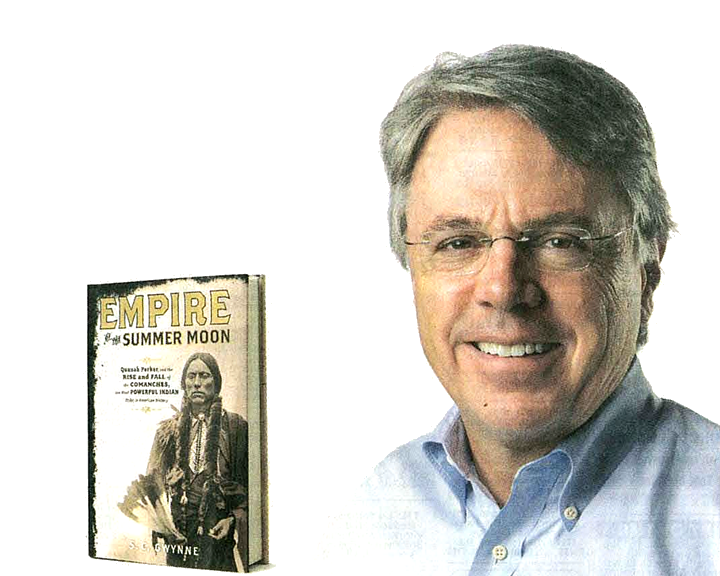 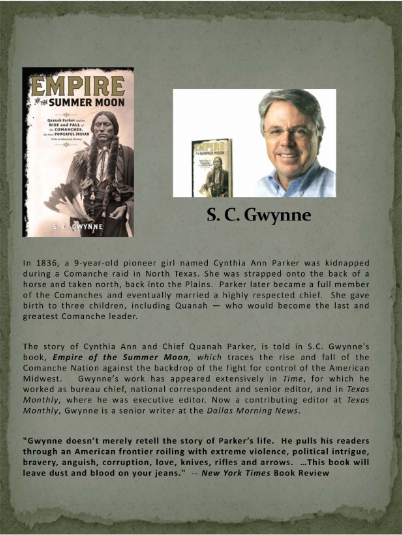